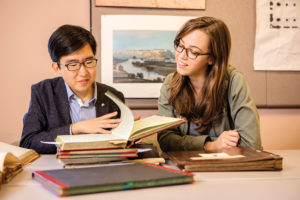 For over 190 years, the Jefferson Literary and Debating Society has played an integral role in the development of student life and intellectual culture at the University of Virginia. Funded by the Jefferson Trust––an initiative of the University of Virginia Alumni Association––the Jefferson Society Archives Project has organized and digitized the approximately 32,000-item archival collection of UVA’s oldest student group. In making the Jefferson Society’s history accessible and preserving it for the future, the JSA Project has given a key piece of UVA history back into the hands of students, community members, and researchers.  Read More 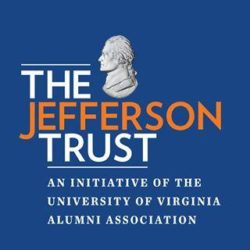 
Institute for Advanced Technology in the Humanities (IATH)

IATH is a research unit of the University of Virginia with the goal of exploring and developing information technology as a tool for scholarly humanities research. IATH has partnered with the Jefferson Society since the beginning of the JSA Project to organize and manage this complex initiative. IATH has played an integral role in the production of the project’s Jefferson Trust grant application, the development of its student employment system, the creation of a project website and an online viewer for archival images, and the successful reorganization of the Society’s physical archival collection. The JSA Project owes special thanks to IATH’s Director, Professor Worthy Martin, for his incredibly generous mentorship of this project from the very beginning. Thanks as well to IATH’s Administrative Procedures Specialist, Joy Shiflette, for all the technical expertise she’s brought to the management of this project. 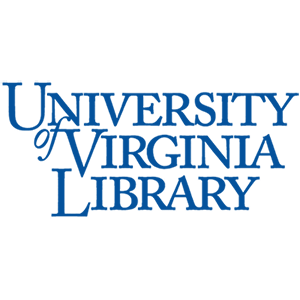 Outside of its partnership with the Special Collections Library, the JSA Project has also relied on the consistent support of the University of Virginia Library more generally. The UVA Library has generously provided a variety of spaces for the JSA Project to use and helped the project access those spaces through the support of its front desk staff. Barbara Selbie, the Library’s Director of Information Services and Spaces and its Regional Depository Librarian, has ensured that the project always has physical spaces in which to house and reorganize archival materials. Deputy University Library Carla Lee wrote an initial letter of recommendation for the project’s Jefferson Trust grant application and has further supported the project since it was successfully funded by the Trust. 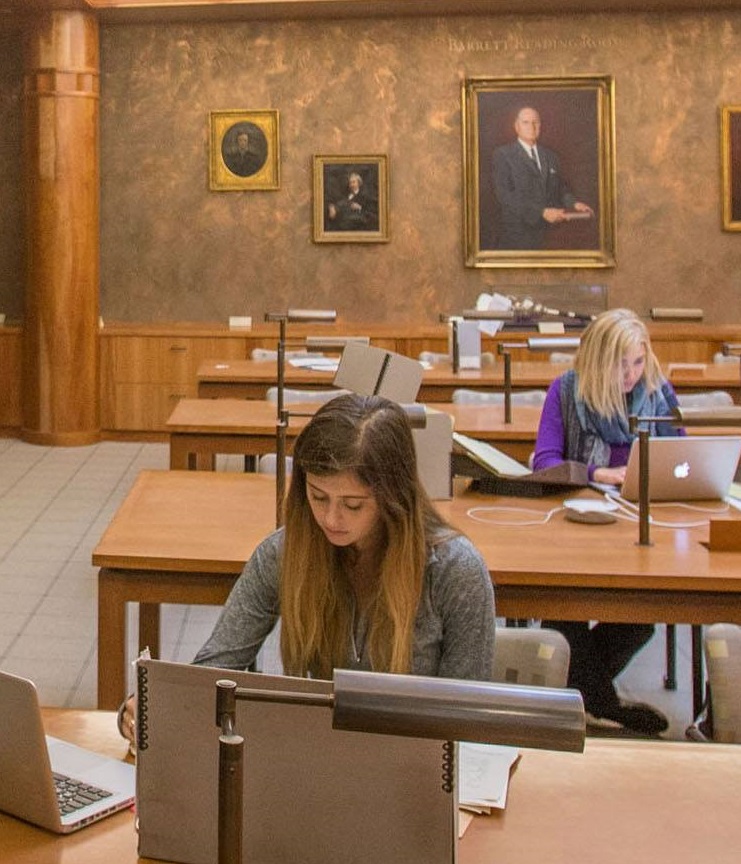 The Albert and Shirley Small Special Collections Library holds more than 16 million objects including manuscripts, archival records, rare books, maps, broadsides, photographs, audio and video recordings, and more. Since its initial support of the JSA Project’s Jefferson Trust grant application, the Special Collections Library has digitized thousands of the Jefferson Society’s most valuable items and facilitated the deposit of the Society’s archives within Special Collections itself. Christina Deane, Manager of the Digital Production Group at Special Collections, has led the Library side of the digitization effort and dedicated countless hours to making this partnership possible. Edward Gaynor, the Acting University Archivist, has led the effort to relocate the Society’s archives and employ the Library’s resources to further the Society’s preservation efforts. Archivist Elizabeth Wilkinson has trained all the project’s student employees in proper archiving techniques and served as a critical resource for questions relating to archiving strategy.


The Papers of George Washington 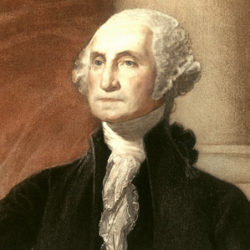 The Papers of George Washington, a grant-funded project, was established in 1968 at the University of Virginia to publish a comprehensive edition of Washington’s correspondence. The project’s Managing Editor and Interim Director, William Ferraro, offered important support of the JSA Project’s Jefferson Trust grant application and advised the Jefferson Society on archiving protocol.